Idiocy really bothers me. I mean REALLY bothers me. I HATE it!  In myself and in others. I recognize it in others more than myself, though. Maybe, cause I hate idiocy, I avoid being an idiot, more than others.  I will stick with that.

I think there are two kinds of idiocy, or idiots.  There are those who, bless their big hearts and little pea brains, just can’t help making the wrong decision or just not thinking things through and do a bone headed things over and over and over.  Then, there are those who have adequate brains,and probably small hearts, that continually avoid using the good sense God gave them.  I have no patience for either.

I can not tell you how many gluten intolerant/celiac fools I hear say “ I have removed most of the wheat from my diet, I don’t eat white bread anymore.”  Then to continue to say they still have various problems, such as arthritis or eczema and just don’t know what to do about it.  DUH! 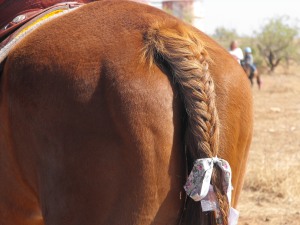 Or those that want to argue that gluten intolerance is not real. Who say “Celiac is rare, only a few have it. 1 in thousands”.  Think this out genius, it is genetic. If 50 years or so, ago it was 1 in 1000, (A # some  doctor grabbed and fed the world) had Celiac and we want to ‘beleive’ that. . It is inherited and we keep pro-creating so wouldn’t that change the count of people WITH Celiac? Also why not consider that these same doctors that spout the stats of people with celiac only looked for it 1 in 2000 patients. The disease IS NOT RARE the diagnosis is.

I recently read an article titled Why We are Wasting Billions on Gluten Free Food.This article is written by some one who is obviously a pro gluten person. (idiot) and they want to make sure they aren’t the only one, I suppose.  The article is basically a bunch of quotes, and the author researched NOTHING.  This is one of the idiotic statements in the article, quoted from someone else : “Most people must be doing this because they think they feel better, or they do feel better but they’re not diagnosed with gluten issues,” says Harry Balzer, chief industry analyst at the NPD Group. As TIME Healthland pointed out:

People who have bad reactions to common gluten-containing foods — pasta, breads, baked goods and breakfast cereal — may actually be sensitive to something else… It’s also possible that some people develop gastrointestinal or other symptoms simply because they believe they’re food-sensitive.

Let me rip this idiocy apart with logic.

They think they feel better, or they do feel better but not diagnosed with gluten issues.

WHAT? They KNOW they feel better, how can you just think you feel better? Why do you need a ‘diagnosis’ from an MD,who is usually biased against or uneducated  on gluten intolerance, that uses inadequate testing read by an unexperienced pathologist, to confirm that one feels better when they do not eat wheat?  When you recover from the flu and feel better, yet did not go to the doctor to be told you had the flu, does this mean you never had the flu?

And as Time Healthland points out (same people behind this quoted article): ‘People who have bad reactions to common gluten-containing foods ….may actually be sensitive to something else.’ Yes, but if you take out the wheat and not the milk and get better, wouldn’t that mean the wheat is the problem?

It is also possible that some people….. develop gastrointestinal… simply because they believe they are food sensitive.

He was an IDIOT to be eating the flour tortillas every day, he knew better. He DID NOT  his own ulcer by believing in it, he did not even know what an ulcer was until I showed him the info on ulcers, after he got one.  Now getting an ulcer and so sick from it, DID make him a believer in being TOTALLY gluten free.

There are so many people who want to stay ‘stupid’ about facts. Who choose to accept lies as truth.  It is easier to just believe the ‘expert’, the loudest voice, the know it all, the one passing out drugs.I suppose it is easier to not accept the truth about gluten affecting the brain, and skin and stomach, if you are a mom who hates to spend the extra time to pack GF lunches.   These are TRUE idiots. Those that do know better, who can learn, and choose to ignore the fact that the answer really is, being gluten free. They are lazy.  They are not researchers. They trust their doctor, because he/she has the degree. They don’t want to remove the wheat, don’t want to deny themselves that greasy burger, would rather find the magic pill.

They say there is NOTHING to eat that is Gluten free 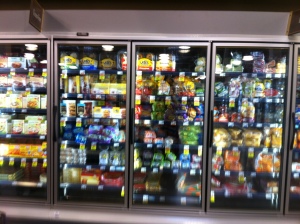 They like the attention they get from being ‘sick’. They are intimidated by the ‘others’. They are weak.

I know I am not talking about YOU!! You are super strong. You are smart. You are well. You ARE Gluten free!!!

Talk to me Cancel reply